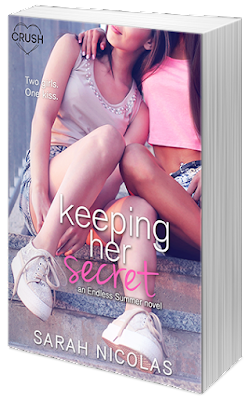 The last person Riya Johnson expected to run into at her new summer camp is Courtney Chastain—her childhood best friend and the girl who broke her heart after a secret, mind-blowing, life-altering kiss. She definitely didn’t expect to be sharing a bunk bed with her for four long weeks.

Courtney has what every girl wants—she’s beautiful, rich, and the object of every boy’s desire at Camp Pine Ridge. Too bad none of them make her feel an iota of what Riya’s kiss did all those years ago. But Courtney needs to uphold appearances at all costs—even if it means instigating an all-out prank war with Riya as her main target.

Neither girl can stop thinking about the other...but that doesn’t mean they can give up past hurts and take a chance on a future together.

Disclaimer: This Entangled Teen Crush book contains drinking, sexual situations, and a fairy-tale romance sure to make your heart melt.

"What do you mean by adorable?"

Courtney bit her lip as a smile slid across her face. If Riya didn't know better, she'd think Courtney was teasing her. "Cute. Charming. Endearing." Her left eyebrow shot up in a suggestive gesture. "Kissable."

The word struck her like a flash of lightning. Riya's entire cardiovascular system froze for a second, before jump-starting into double-time. "Courtney," she warned. "Don't do this."

"What?" Courtney asked, her voice dripping with faux innocence. "This?" She reached a hand over and stroked a single finger from Riya's knee, up to her hemline. A line of fire flared across its path. 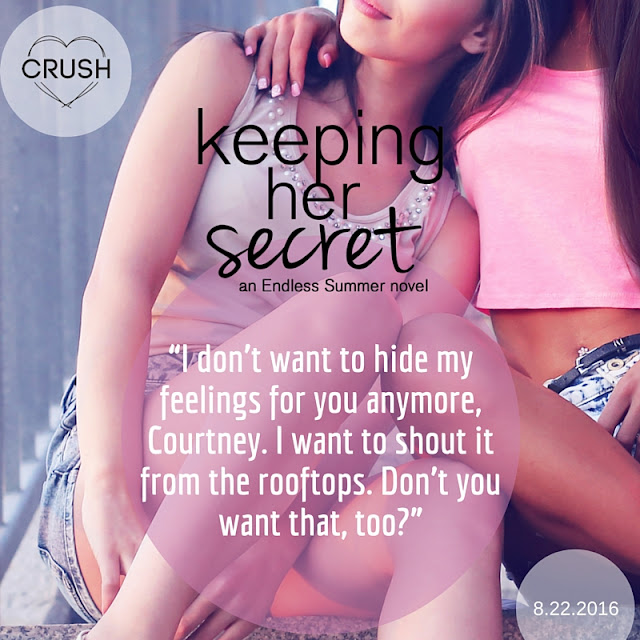 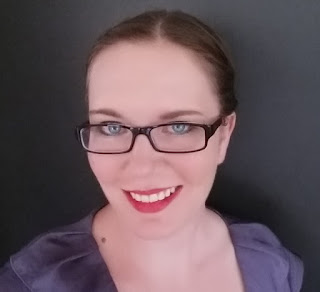 
Sarah is a 31-year-old YA author who currently lives in Orlando, FL. She believes that some boys are worth trusting, all girls have power, and dragons are people too.

She's a proud member of the Gator Nation and has a BS in Mechanical Engineering, but has switched careers entirely. She now works as an Event Coordinator for a County Library. She also blogs at YAtopia.

Popular posts from this blog

Standing Ground Alice Rachel (Under Ground, #2) Publication date: October 27th 2016 Genres: Dystopian, Romance, Young Adult When the authorities strike to regain control over the riots in Eboracum City and use drastic measures as retaliation against the civilians, the citizens are forced to fight back to survive. A virus has spread through the Underground, taking down the refugees one by one, soon contaminating the rebels. If Thia wants to save the ones she loves, she will have to retrieve the cure, quickly. But certain decisions are costly, and not all actions are free of consequences. Goodreads / Amazon Author Bio: Alice Rachel is the author of the YA Forbidden Romance/ Dystopian Romance Series "Under Ground." Her time is divided between teaching French, writing, reading, drawing, and spending time with her hubby and guinea pigs. Alice loves talking to readers, so send her a message... Website / Goodreads / Facebook / Twitter GIVEAWAY!
Read more

A STOLEN HEART Cimarron Creek Trilogy #1 by AMANDA CABOT   Genre: Historical Romance / Christian Publisher: Revell / Baker Publishing Group Date of Publication: March  2017 Number of Pages: 352 Scroll down for Giveaway! “Endearing characters, a tender love story, and intriguing mystery all work together to make Amanda Cabot’s A Stolen Heart a compelling and enjoyable read.” —Margaret Brownley, author of Left at the Altar Bestselling author Amanda Cabot takes readers back in time to the 1880s Texas Hill Country in her new historical romance novel, A Stolen Heart . This is the first book in a brand-new series packed with tension, mystery, and a tender love story that readers won’t soon forget. Cimarron Creek seemed like an idyllic Texas town. But as soon as former schoolteacher Lydia Crawford stepped onto its dusty streets, she noticed a deep-seated resentment of Northerners—like her.  That won’t get Lydia down, though. She looks forward to th
Read more

Marked D. Laine (Apocalypse Assassins Trilogy #1) Publication date: March 28th 2017 Genres: New Adult, Paranormal, Post-Apocalyptic For trained assassin Dylan Romero, business is good. As the agency’s top warriors, he and partner Jake Walker are the last two people evil wants to see on the other side of a gun. When a mission takes them to the college town of Bozeman, Montana, they discover that there is more than just another mark in another town to keep them there. With a heavy concentration of vessels doing their demon masters’ dirty work and flesh-craving monsters lurking around every corner, the secluded Midwest town is set to become the first battleground of the apocalypse. The last thing Dylan needs is a distraction. With the fate of the world at stake, the life of one girl shouldn’t matter – until the day she changes everything. Goodreads / Amazon / Barnes & Noble / iBooks / Kobo EXCERPT: Seconds later, the bartender set two matching drinks o
Read more